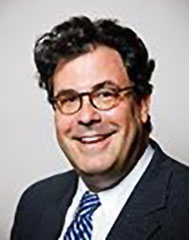 Alan H. Fleischmann, President & CEO of the global strategic communications firm Laurel Strategies, is a professional with over two decades of experience in the public, private and civil society sectors, and an expert in strategy, communications, negotiation, crisis & reputation management, finance, public policy, and trade issues. Over the last several years, he has been a proven confidential advisor to many CEOs and leaders across the globe.

Fleischmann served for years as Principal and member of the managing board of the geopolitical consulting firm Albright Stonebridge Group. Previously, Fleischmann served as Senior Vice President & Chief Marketing Officer of PSB Associates, the global strategic communications & polling firm. He serves as a Senior Counselor to the firm.

Fleischmann was Chief of Staff to the Honorable Kathleen Kennedy Townsend and served in the Maryland Governor’s Cabinet; a Staff Director of the U.S. Congress Committee on Foreign Affairs and its Subcommittee on the Western Hemisphere; Co-Founder & Vice President of the trade investment firm LATCORP; and served as a Senior Associate of J.P. Morgan Chase (formerly Chase Manhattan Bank). For several years, he served on the board of directors of OFFITBank, the wealth management private bank.

During the historic period of the fall of the Berlin Wall, Fleischmann served as a policy aide in the German parliament, working for former German Chancellor Willy Brandt and his foundation for development and peace, while receiving a Bundestag Fellowship at the Friedrich Wilhelms Universität.

He has also been appointed by the Obama Administration to serve as a member of the Board of Advisors of the Export-Import Bank of the United States (ExIm Bank) and serve on the International Trade Advisory Commission (ITAC).

Fleischmann is a lifetime member of the Council on Foreign Relations and a Board Member of the Atlantic Council. He serves on the Board of the American Institute for Contemporary Studies (AICGS) and is a member of the Robert F. Kennedy (RFK) Leadership Council. He is an original member of the Clinton Global Initiative (CGI), sits on the board of the Initiative for Global Development (IGD), and is the Chair of the Global Service Leaders Initiative (GSLI) of the Meridian International Center. He is also a Member of the Economics Club of Washington and serves on its programming committee. Fleischmann serves on the Board of Directors of BizCorps, a non-profit program that connects MBA graduates with small and medium sized enterprises (SMEs) in emerging markets.

He is a board member of the Deepak Chopra Foundation and the Just Capital Foundation.

Fleischmann is a Trustee of the Phillips Collection art museum.

He was awarded an M.A. with honors from the Johns Hopkins University School of Advanced International Studies (SAIS), where he serves on its board. He received a B.A. and B.S. with honors from American University, where he was the valedictorian and student body president. Fleischmann chairs the Dean’s Council of the School of International Service.

Fleischmann is married to Dafna Tapiero. They serve as members of the Global Philanthropists Circle (GPC) founded by David Rockefeller and his daughter Peggy Dulany. They are the parents of two children.