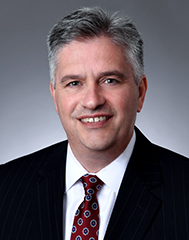 Brian Walter is Group Vice President at M&T Bank. Upon graduating from Penn State’s MBA program in 1990, Brian joined The First National Bank of Maryland (predecessor to M&T Bank) as a relationship manager in the Greater Washington Region.  After serving in a variety of roles, he was promoted to Market President of the Chesapeake Region in 2011 and currently manages the Bank’s activities in Central, Southern, and Western Maryland.  In 2015, Brian also assumed responsibility for the Bank’s commercial business in the Greater Baltimore Region.

In 2010, the National Pike District of the Boy Scouts honored Brian with its “Good Scout Award” in recognition of his community service.

Brian has served in leadership roles with numerous community organizations, including the following: