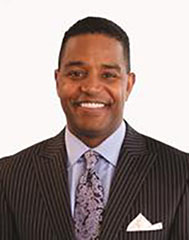 Butler serves as board chair of the Gridwise Alliance, an advocacy organization promoting modernization and innovation for the nation’s electrical grid, and on the Board of Directors for RLI Corp serving as a member of its audit and nominations/governance committees.

Before joining Exelon in 2008, Butler held senior leadership roles in external affairs as well as manufacturing with the print, digital and supply chain solutions company RR Donnelley. He spent his early career with CILCORP (Central Illinois Light Co.), where he held positions in government affairs, legal and strategy.

Civic Involvement
Butler serves on the boards of several prominent Baltimore-based organizations including the Baltimore Community Foundation, University of Maryland School of Medicine’s Board of Visitors, Greater Baltimore Committee, Cal Ripken, Sr. Foundation, the Center Club and Caves Valley Golf Club. He also serves on the board of his alma mater, Bradley University, where he is currently Chairman of the Board of Trustees. In addition, Butler serves on the board of the Institute of International Education, a not-for-profit organization focused on advancing scholarship, promoting access to education, and building economies; and the Library of Congress’ James Madison Council.

He has been recognized by several organizations for his leadership and community commitment. In 2017, he was named among Black Enterprise Magazine’s “300 Most Powerful Executives in Corporate America,” and “Industrialist of the Year” by the Baltimore Museum of Industry. The Daily Record twice named Butler one of Maryland’s “Most Admired CEOs” and one of its top 35 Influential Marylanders, while Baltimore Magazine named him as one of its “Top Ten Baltimoreans.”
Education

Education
Butler earned a bachelor’s degree from Bradley University in Peoria, Ill., and a Juris Doctor degree from Washington University School of Law in St. Louis, Mo. He received an honorary doctorate of Humane Letters from Morgan State University in 2014.