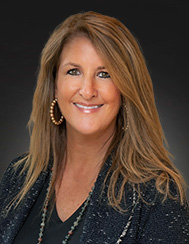 In April 2008, Carrie brought her extensive development experience and high energy to the Cal Ripken, Sr. Foundation as the Sr. Director of Development. She now serves as the Chief Operating Officer overseeing the day-to-day operations of the Foundation.

Carrie came to the Foundation from The Park School in Brooklandville, MD, where she served as the Director of Major Gifts, Planned Giving & Development Outreach. There she developed a planned giving program and major gifts/centennial campaign effort focused on building the endowment at Park. Carrie also enjoyed a 9-year tenure defined by effectiveness with the United Way of Central Maryland. As Associate Vice President, Major Gifts & Annual Campaign, her department generated more than $13 million annually in individual gifts representing 45% of the private sector campaign.

Carrie’s proudest accomplishment is being the mother of her son, Benjamin, and daughter, Jamie.