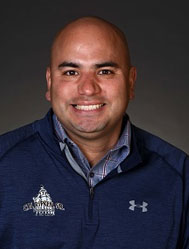 Randy joined the Ripken Foundation in 2012 and has successfully cultivated, acquired, and maintained relationships with corporate, individual, and foundations donors across the U.S. Since his tenure began, the Ripken Foundation has grown from an $8 million operating budget to over $30 million. His ability to identify the needs of donors and their funding priorities makes him an invaluable asset to the Ripken Foundation.

Randy was highly successful in establishing community partnerships to enhance the opportunities available to youth and the community both in the Greater Washington, D.C., and the Harford County, Maryland, areas. The partnerships he developed include national corporations, such as Coca-Cola, Home Depot, Best Buy, local schools and governments, as well as private funders.

Randy is passionate about providing youth with hope and opportunities and about bringing communities together for the benefit of all. Randy and his wife Liz, have two sons, Jude and RJ.