Encryption is a secret code that allows messages to be read only by those with the correct “key.” Though encryption is used in modern messaging, it is predated by cyphers – codes, famously used during wartime to send messages without the enemy being able to read them.

Today’s STEM Play of the Day from the Ripken Playbook will teach you about the Pigpen Cypher so you can have fun sending secret messages to your friends! Dating back to the 19th century, the Pigpen Cypher uses simple angles and dots to represent each letter of the alphabet, making it a tough code to crack for anyone without the key!

Check out the key below for the Pigpen Cypher: 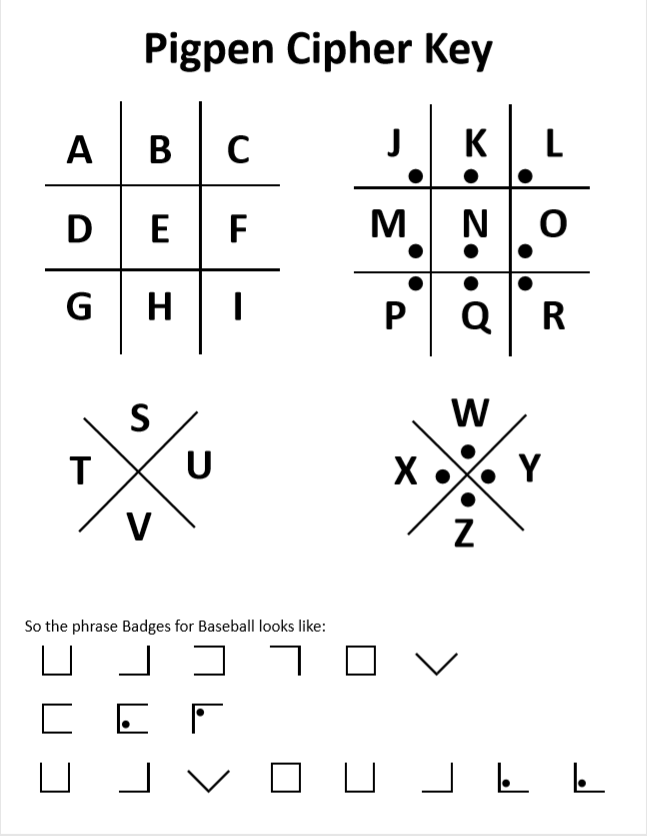 Using the key, write the following using the Pigpen Cypher:

Now, try creating your own code! Start by creating a key for each letter of the alphabet and share it with a friend! Did they crack your code?